The latest news, ideas and student stories from the school

A new brand has been launched in Cyprus which aims to put the destination firmly in the minds of the language travel sector.

English in Cyprus, a new venture between Stephan Roussounis and Yiota Kontoloucas launched operations in January. The School was formerly known as Malvern House and the Language Explorer Cyprus, and has been operating since 2006. Stephan Roussounis has a long track record in the language travel industry, initially as head of Sales at Malvern House and then as Managing Director at Stafford House International. He initially set up the operation for Malvern House in Cyprus in 2006, as a sunny alternative to Malta. 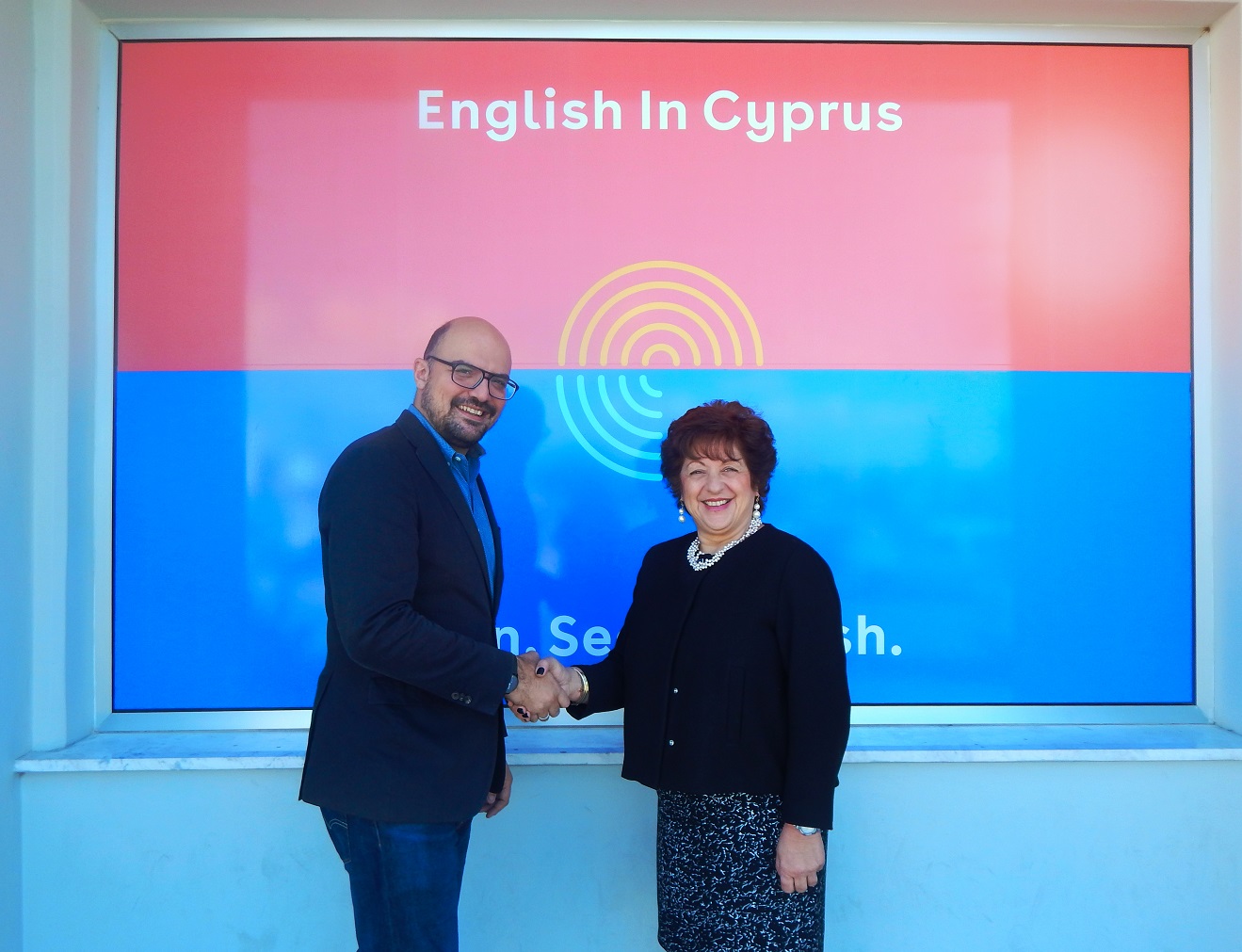 “As a British Cypriot I am proud to be back and involved in the  school I initially set up a decade ago. I have watched from a distance and seen the market develop, with increasing interest from around the world. The new brand, English in Cyprus, will allow us to position ourselves at the forefront of agents minds when considering an exciting new destination to add to their portfolios.”

Cyprus was a British colony until 1960, with English widely spoken, and over 1 million British tourists visiting annually. Legacies of British rule include driving on the left, British plug sockets and most importantly a high proficiency of English being spoken. The island is the 3rd biggest in the mediterranean. Roussounis adds “ We have an island 30 times the size of Malta, with great flight connections, 320 days of sunshine a year and a school with a decade of experience. We are sure this makes a compelling offering to the market.”

Yiota Kontoloucas said, “our partnership with Malvern House International came to a natural end, and we had the exciting opportunity to work with Stephan once again. At our school we have a decade of experience, we have had a decade to get it right and  a decade to make sure the whole experience is of the highest quality. In many ways nothing about our product or location has changed, what we have now is  the opportunity to put our school firmly on the map by focusing our efforts on promoting Cyprus as a destination.”

Yiota Kontoloucas and the team in Cyprus will continue to look after the day to day operations of the year round language school in Limassol and the  large junior summer camp at Episkopi. Stephan Roussounis will lead the the Sales and Marketing efforts and represent the school internationally.