The latest news, ideas and student stories from the school

Limassol Marathon - Run with a smile!

This last weekend marked the 11th annual Limassol Marathon where the city of Limassol welcomed runners from around the world for yet another year of great competition. If you love fitness and running half as much as we do here at English in Cyprus, you’ll understand why we’re so excited.

Limassol Marathon was established in 2006 and has received the IAAF Label designation. It has steadily grown in popularity ever since with president Nicos Anastasiades commenting how Limassol Marathon is “gradually entering the map of major marathon events”. In fact in 2015 Limassol Marathon was elected as the Best International Marathon in Europe by MyNextRun users. It had collected 37 per cent of the votes, leaving behind classic and historic marathons such as the Athens Authentic Marathon, Berlin Marathon, London Marathon and Rome Marathon.

Participation has grown from more than 10,000 participants in 2015, to 13,000 in 2016 and over 15,000 participants this year (!) with 2,000 participants from 61 different countries. Runners enjoy the mild Mediterranean spring with a seafront route that offers scenic views and historic monuments. 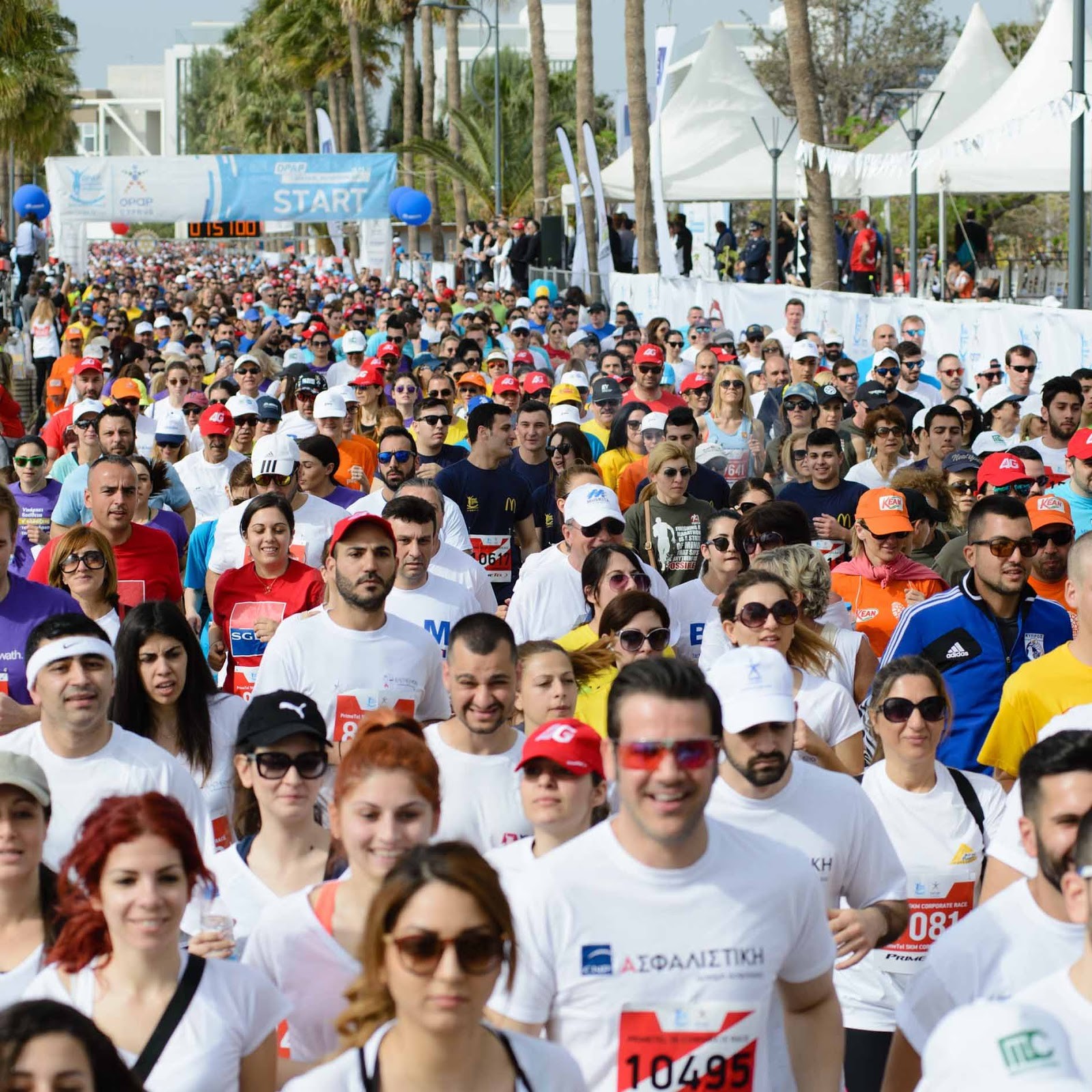 The Limassol Marathon course is of low difficulty as it is mostly flat. The course begins at the center of the city with the race starting on the seafront of the Limassol promenade. The athletes head west to the Port of Limassol  towards the roundabout at the Limassol Marina. The route then follows the Mediterranean coastline along the beachfront, to the ruins of the ancient Royal City of Amathus and back to the city. Now that’s a route to tempt even the most amateur of runners! Last year runner Thomas Klisz from Poland finished first while this year Kenyan athletes Kiyeng Edwin Kiprop (02:15:04) and Biwott Gladys Jepkurui (02:40:41) won the gold in the men and women’s race respectively.

We find that the best part of such a major event is the amazing atmosphere and pure energy from the crowd support. Combined with the sun, the marathon weekend always offers a memorable experience for both participants and viewers. Have you or anyone you know taken part in the Limassol Marathon weekend? Did you take part as a viewer? And do you see yourself ever running such a race? Tell us your thoughts and impressions.

In the meantime, here are the First 10 finishers of the OPAP Limassol Marathon GSO 2017: